Chef David Hawksworth introduces a stunning collection of exquisite recipes that have guided his career and propelled him to the top of Canada's culinary world. 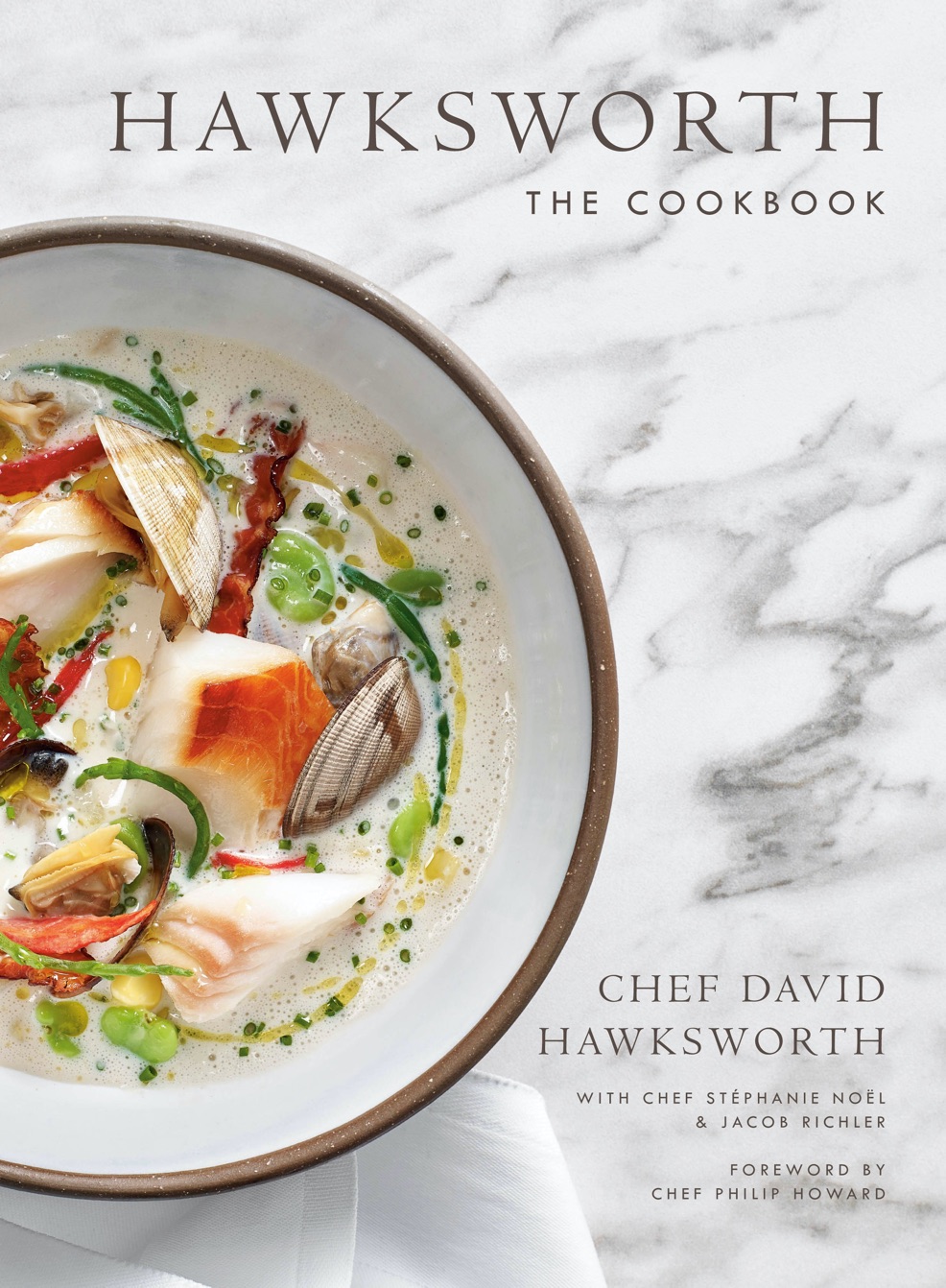 Hawksworth - The Cookbook is a celebration of Chef Hawksworth's culinary journey on both sides of the Atlantic with recipes that span more than three decades of cooking; in London (UK) with leading Michelin-starred chefs and in Vancouver (Canada), his hometown. At Vancouver’s Ouest, the first restaurant where he served as head chef, he quickly emerged as one of the city’s brightest culinary stars, before going on to open his namesake restaurant Hawksworth in 2011, named Canada’s Restaurant of the Year, followed by farm-to-table pioneer Nightingale in 2016, and two Bel Café locations.

The book’s recipes require varying levels of skill and time commitments; simpler recipes reflect the family-style dishes served at Nightingale and the casual fare of Bel Café including the ever popular Crispy Buttermilk Fried Chicken and Apple, Celery and Walnut Salad alongside more elevated and technical mouth-watering masterpieces such as Wagyu Beef Carpaccio with Piquillo Pepper and Parsley, and Dark Chocolate Fondant, Burned Orange Compote and Hazelnut. Both the culinary curious and accomplished cooks alike will be inspired with Chef Hawksworth as their guide.

As a leader in contemporary Canadian cuisine, Chef Hawksworth's recipes reflect the delicious and beautiful dishes served in his restaurants and now, for the first time he shares tips, techniques and the carefully developed recipes that have brought him unparalleled success.

The new cookbook by Chef David Hawksworth, with Stephanie Noel and Jacob Richler is available October 13, 2020.

“Chef Hawksworth has been a force in the Canadian culinary industry for over two decades. He is a leader in contemporary cuisine, always striving for perfection in his dishes, and pushing boundaries with unique Pacific Coast ingredients. This cookbook showcases his exceptional style, which has made his restaurants—Hawksworth and Nightingale—foundations of Vancouver’s dining scene. The incredible dishes in this book reflect his hands-on approach, and the many years of dedication to his craft.”

“I have been a fan of Chef David Hawksworth’s precise French school-style, and Pacific Northwest ingredient-driven cuisine for over 20 years. This book is an incredible tool, full of secrets and techniques, for all cooks to up their game—at home and at work. Well played.”